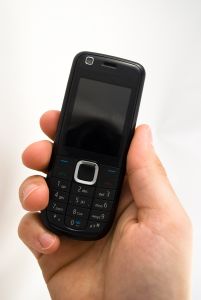 My son sent me a text last week and I answered, “Great” and quickly pushed the SEND button. Then I saw that the auto-correct changed my one-word response to “Breast.” Not exactly the word or meaning I wanted to send to my 24-year-old son.

Texting. You gotta love it.

True to my rebellious, non-conformist nature, I fought against owning a cell phone. I’m one of those “old fashioned” mothers who believes in the tried-and-true traditions of speaking to people face to face, or at least on the phone, if necessary. You know…the measure of a true two-way conversation. I also adhere to research outcomes that show a connection between attuning our brains to face-to-face social contact and better physical and emotional health.

When my oldest daughter was in high school, cell phones were transforming from a “want” to a “need” among teenagers.  She was really distraught that we didn’t jump on this newest technology trend. She’d argue, “What will I do when I need to ask my friends to go to the movies/store/party with me?” The answer was so obvious to me I almost couldn’t believe I was conversing with a rational person: “Walk up to them and say, ‘Do you want to go to the movies/store/party with me?'”

No, it seems we have to text the question now. Any question. Any thought that comes into our mind. Any nonsensical, acronymic idea. The demise of the English language will slowly disintegrate as we all LOL.

Let me share something that illustrates our “evolution” of vocabulary. I was the judge for the 2012 Utah state high schools poetry contest. One entry written by Joey King received 2nd place. Vote on which love poem you’d like to receive and then ask yourself, why?

The Evolution of Love Poems

Two figures on a cave wall

Between them, a fire

A hundred leagues I traveled wearing the skin of a lion

Having the strength of eight oxen and the body of a god.

Then why this sadness deep within?

When will I be conquered?

I, who have torn down the Celtic gods,

I, who have beaten Sparta and made its bronze

Ring like a bell? I, who have sailed an army

Down the Nile and torn apart the pyramids

brick by brick? When will I be conquered?

When you open your pale white hand.

I know myself am common born,

Low and base and mean,

But when I hear thee call me love

I think myself a king.

Roses are red violets are lilac,

You hold my heart in your hand like Shylock.

Before they tear the beating hearts from their victims’

Chests, the savages give them a poisoned wine

To deaden the pain. You give me nothing.

Entrenched in my love for you

I have forgotten to feel the edge of your letter

In my pocket. Your scent is long gone.

I feel blown to bits.

Check yes or no.

Texting is a wonderful, terrible thing. It is wonderful. I do love many aspects of it and have embraced my cell phone (well, given it a lukewarm hug) in many ways. But…

I have university students who cannot write a paper without using texting punctuation, as if they wrote it on their phone and forwarded it to me! Parents have the ugly duty of teaching their children the realities of sexting and other promiscuous perils that come with phone use. My daughter said she has a friend who has banned herself from Twitter because she has become a “Tweetaholic.” Who hasn’t been in a room with a teenager holding a phone and while you are trying to have a conversation, you watch them answer unrelenting texts, play games or surf the web?

How far will it go? I feel parents are riding a willful horse; technology is taking us all for a ride and many don’t have the reigns firmly in hand. I know I don’t. I’m still struggling and have been saddle-sore now for many years.